Prosecco Wars: should the Aussies be able to use the name?

There’s an excellent article in the Financial Review by Max Allen discussing whether or not Australian winemakers should be able to use the name Prosecco.

It used to be common for new world countries to label their wines by style, after the famous European wine regions. There’d be Burgundy, Claret and Champagne, usually made from completely different varieties. Of course, this is very naughty as these are protected regional names, and quite rightly their use has now almost completely died out (although in California a few producers still have the names Burgundy and Champagne on some of their – usually very cheap – products, under grandfathered-in arrangements, and these products are only for domestic market).

So you’d think that Prosecco would go the same way, and that people outside Italy would stop using the term. After all, it is a PDO – a protected regional name. And the Aussie producers are clearly benefitting from the massive commercial success of Prosecco, riding on the coat tails of others. As Max points out, in the UK sales grew in just over a decade from 1 million to 60 million bottles. In volume terms, that’s almost double what Champagne sells in the UK. 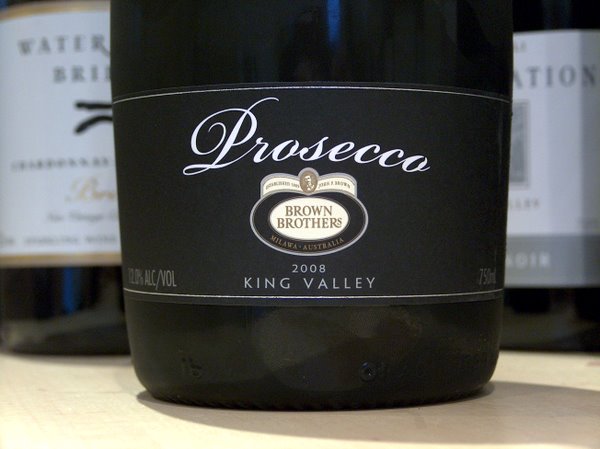 But the story is more nuanced than that, and the Australians have a strong case. When the grape came to Australia, its name was Prosecco. Its origin was Italy, but no one owns the names of grape varieties. Aware of this, in 2009 the Italian’s were shrewd enough to change the name of the grape (which can’t be protected) to Glera, leaving them free to get a PDO for Prosecco, which is now a style of wine from a particular place (which can be protected). Along with this, the Italians have expanded the borders of what was previously Prosecco in answer to growing global demand.

It’s a tough one, and I can see both sides. Legally, the Australians are in the right. The Italians have pulled a fast one on them, trying to be protectionist. But at the same time, you could argue that the spirit of the law resides on the Italians’ side. Just because something is legal doesn’t make it right. It’s the Italians who have built this very successful regional brand, Prosecco, which just happens to have the name of a local grape variety on the label. For other countries to plant this variety and then use it on their labels feels a bit like passing off: they are benefitting from someone else’s hard work.

Is there a solution? I think the best compromise would be to allow the Australians to use the name Prosecco within Australia, but not to allow them to export bottles labelled this way. They may have a good legal case, but the spirit of the law lies with the Italians who have cleverly built this powerful regional brand.

Another solution might be to allow everyone to grow and make Prosecco, but require them to append the country of origin to the name. So Australian Prosecco is fine, as long as it is clear that it is from Australia. The more the merrier! It could help to ignite even more interest in Prosecco, and the Italians would also benefit from this as the ‘original’ Prosecco.

3 Comments on Prosecco Wars: should the Aussies be able to use the name?Tagged australia, sparkling wine

3 thoughts on “Prosecco Wars: should the Aussies be able to use the name?”